It happens very often that traders focus on more obvious elements involved in the process of trading binary options – finding the right broker, learning about underlying assets and trade options.

They also study the market news and various available strategies in order to raise their chances of making a profitable trade.

Certainly, all these things are important and should be neglected.

Yet, there is more to binary options trading then a collection of essential components which make the whole. To be able to use the right strategy at just the right time is fantastic as it increases the chances to carry out a successful trade.

Yet, there is another important segment which is sometimes not so obvious and which plays an important part in the trading process – the psychological component.

That is the reason why we have decided to present South African traders with the article which will help them to understand market psychology to become a better trader.

The Human Element and Financial Markets

All traders, no matter their level of experience, need to be aware that trading is, essentially, a very human behaviour and financial markets are influenced by it heavily.

Once aspiring South Africans approach binary options trading from that angle it will be much easier to understand why this involves on a deeper level.

Because, it is necessary to understand market psychology to become a better trader, especially when it comes to making sense of financial events which happened in the past. As well as understanding how and to what extent those events could affect future price direction of underlying assets.

Obviously, in understanding that, South African traders will have a much clearer picture of whether to use call or put option.

For example, one of the occurrences on the financial market where market psychology plays a big part is the apparent appeal of round numbers.

Round levels like 100 or 1.50 are easier for traders to understand and are used more often regardless or the experience levels traders might have. To illustrate the point we are trying to make, let us take a sum of $1000 which one can use in a trade.

Even though traders may not spend $1000, but rather $999 both numbers provoke psychological effect on the trader but $1000 is easier to understand.

The Overtrading Mistake in Binary Trading

In order to understand market psychology to become a better trader, South Africans also need to keep in mind the overtrading trap.

This is a mistake which is often present in trading, especially with binary options traders who are new.

Naturally, all traders, be they South African or not, take up binary options trading because they want to make a profit. However, using too many trade options and placing too many trades may not bring about the desired trading result.

In fact, trading outside of the trading plan and carrying out more trades than initially intended could end in serious losses rather than gains.

That is why it’s important to be able to control one’s emotions and not get carried away by seemingly great trading opportunities.

Binary options trading is not gambling. It should be based on careful scrutiny of the financial market, in understanding the current events as well as trade options and underlying assets. Trading on “gut feeling” is not a wise approach.

Preparation, combined with a firm grasp on emotions, stands a much better chance to bring South African traders much-desired profits.

Another mistake which happens in binary options trading and which highlights why is important to understand market psychology to become a better trader is overconfidence.

Granted, it is fairly simple to understand why overconfidence happens. In fact, it is glaringly obvious – traders get carried away once they have experienced several (or more) consecutive traders which brought them significant profits. Their appetites grow, the same happens with the confidence.

In fact, this is the moment where emotions run high and traders lose their objective grasp on the situation and which to continue trading.

The same may happen if they find themselves in the situation which is the absolute opposite – they lost several trades and are desperate to regain the losses they suffered and press on with the trading. They feel confident their “unlucky streak” will end and they will regain all they lost.

In both cases emotions took over and that is not something that should happen. Losses and well as profits are a part of binary options trading, just like they are a part of every other business dealing. South African traders have to be aware of that if they wish to have an overall successful binary trading journey.

Mental discipline and the skill to control emotions no matter how the trade is going is often just as important as knowing which trading strategy to use or which trade option. That is also a part of the binary options trading process and it should not be ignored.

Studying the financial market should be combined with studying oneself to determine just why sort of trader an individual is. Having that bit of information can be crucial in preventing further trading mistakes from happening.

That is why South African traders, as well as any other traders in binary options, have to have attainable goals, basic knowledge and the mental discipline to carry out the trading process without burning out.

After all, there is plenty of help along the way, which just stresses the further need for getting informed and staying informed on the matter.

There are fantastic trading features such as Rollover which enables traders to prolong the expiry time is the trade is not actually going according to the plan. And this is certainly more prudent approach than simply jumping in with another trade.

On the other hand, if the trading process is going as they want, traders can use the Double Up feature to earn more profits rather than recklessly placing trade after trade.

Investors can lose all their capital
Newest education articles 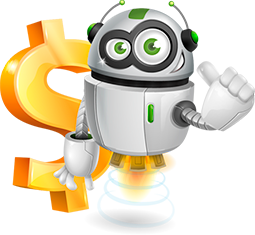 This broker does not have a license to trade binary options in your country.

You can register with Binary Options Robot instead

Binary Options Robot are connected with several brokers with a license. They have live chat support, and high return rates.